Article 35 (new): For the purpose of rational management of mining potential, promotional zones and special zones may be instituted.

"Promotional zone means any zone established by the Government in which a national public organization will conduct exploration and prospection, for a limited period, for the purpose of mining industry promotion in Mauritania. Results of such work are made available to the relevant public, in accordance with legal provisions.

“The promotional zone is decreed by the Minister for an area not exceeding 5,000 km², the layout of which should be compliant to the cadastral scale, with a three (3) year lifespan maximum. Only two (2) promotional zones could be provided simultaneously.

OMRG has been granted the following promotional areas in the past:

- From 2002: Sfariates: Sfariat area is bordering Tasiast, providing it with some special interest in former Tasiast results. After comparative geological surveys, OMRG conducted further campaigns, from 2001 to 2005, yielding discovery of several gold evidence, the trenches around having not fully evidenced gold strains.

Documents of promotional areas are available at ANARPAM. 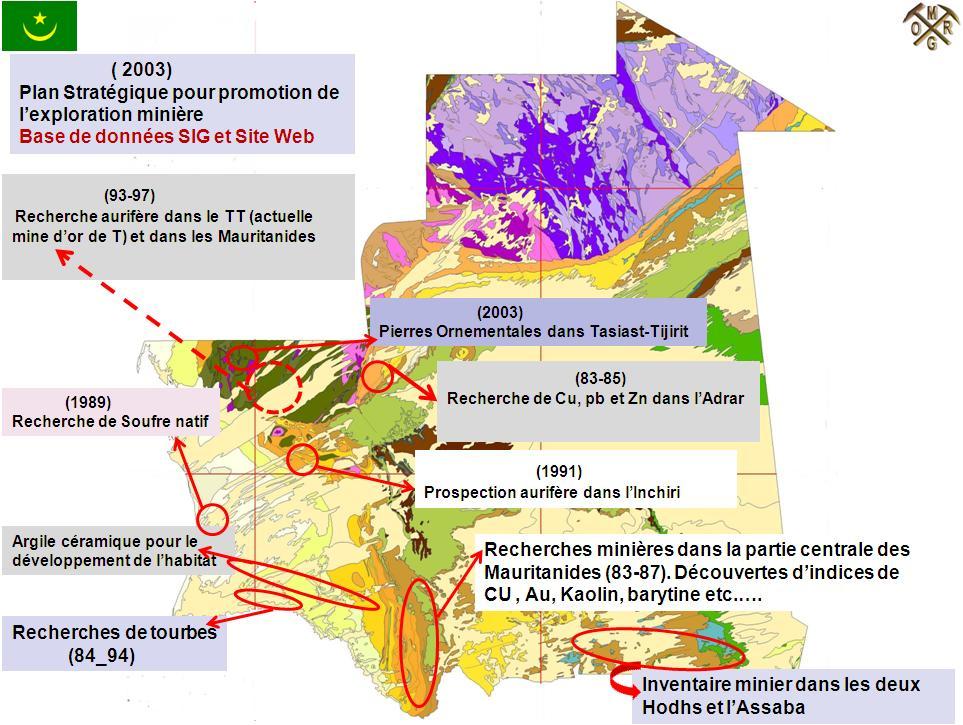 Several campaigns were conducted in this region from 1983 to 1985 with the aim of prospecting the large sandstone plateau, and producing an inventory of its mining potential, in particular copper, lead and zinc.

Several copper evidences were discovered and listed in the edge of the Taoudeni basin.

The Chain of Mauritanides has always been subject to scientific and mining interest because of its geological diversity and the countless mineral indices.

Several works - studies, theses, etc. - have been devoted to this area; Mauritania's mineral plan adopted by the Department of Mines in elaborates so much on this.

It is normal that one of OMRG's early research made special focus on this area. From 1983 to 1987, our geologists launched the southern region of the Mauritanides, between Maghta Lahjer and Diaguili, staying long for several months.

The result was success as the project yielded discovery of more than 200 groups of minerals, including Copper, Nickel, Lead, Chromium and gold, some of which were subject to further studies (geochemistry, geological mapping, etc.). These studies were subsequently used by private companies which holding research permits in the area. 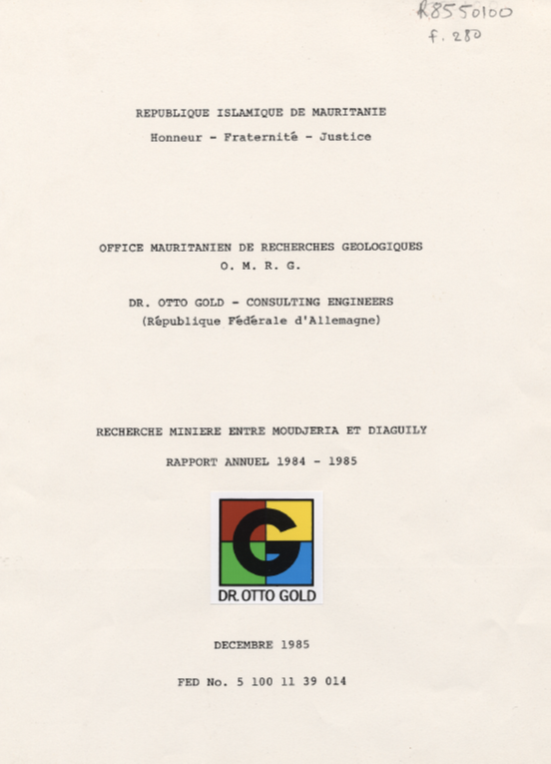 Peat is a fossil organic material with possible use as fuel. It is the result of an accumulation over long periods of various dead organic stuff, in particular plants. It forms in areas where the soil is saturated with water. Despite its low calorific value, lower than wood or coal, it is used as fuel in many countries, in particular for power stations, or firing in the ceramics industry and brickworks.

Due to the interest growth in this substance, inspired by the experience of Senegal, OMRG launched, peat research over the region, from Keur Macène to Trarza to Olologa to Brakna, from 1984 to 1994

Various campaigns conducted since then yielded discovery of proven reserves of up to 4.5 million tons of peat.

Studies evolved to small, sugar lump size peat briquettes to replace the charcoal in the household stove. The feasibility of this project was established with the Finnish leading firm Ekono’s support. Briquette manufacturing tests were completed, including the entire process (de-sanding, de-carbonization to reduce smoke and ash, molding). Results obtained are quite conclusive.

The above projects were conducted concurrently, which evidence to date, the strong mobilization capacities of the OMRG, and the great motivation of its managers and staff. 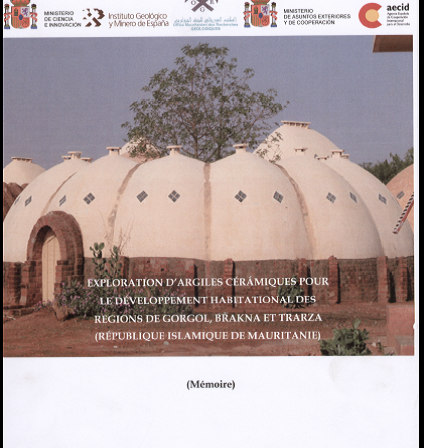 4 - Evaluation of native sulfur in the Sebha of Nrahamcha

It is critical for the country to find exploitable sulfur reserves, for an attractive development of the Bofal phosphate deposit in Brakna. Also, from 1989, our interest focused on the native sulfur nodules of the Sebkha of Nrahamcha, located 60km NE of Nouakchott, on the Akjoujt road.

However, no anomaly located at a reasonable depth could be discovered, in spite of several augers boreholes all over the area, commonly known as “Lkebreïtiye”. International experts engaged in the project concluded potential mineralization in depths of up to 1000m or more. Verification of such a hypothesis is difficult due to tremendous costs.

This was an interesting experience for OMRG, as the first project conducted with our leadership, with the French BRGM and British GGI support. Completed in 1991, this project made it possible to evaluate the copper and gold showings of Leghleitat El Kouder and Kdeyatt Lejoul. Although these showings were the subject of former work, their viability was only proven then, leading to the Akjoujt mine startup. 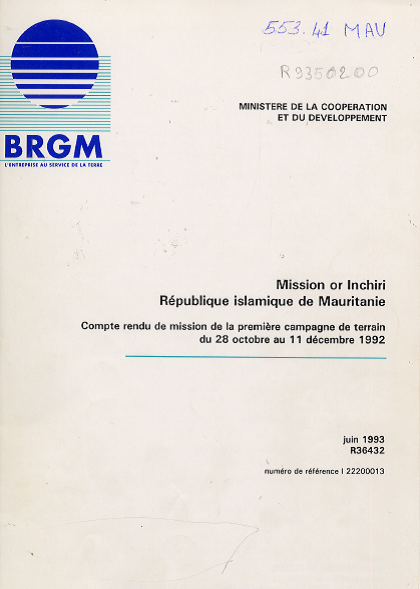 This is undoubtedly OMRG's flagship project, due to the results obtained. This project run through the period 1993 to 1997, and resulted in the development of gold and copper showings of Kadiar, Bouzreibia and Vararat in the center of the Mauritanides chain, together with the discovery of the Tasiast gold deposit currently run by Kinross. 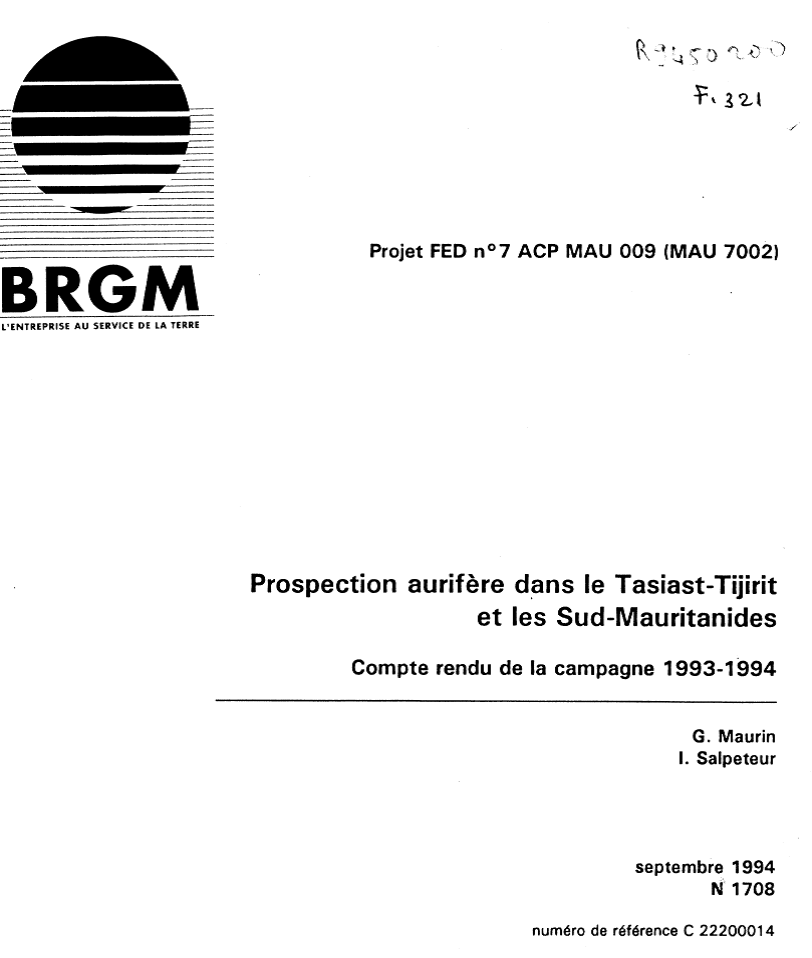 Inventory was carried out from 1998 to 2003, yielding geological mapping on 1/200 000 scale, covering more than 32000km². Several showings of kaolin, copper, barite and gold have been discovered. 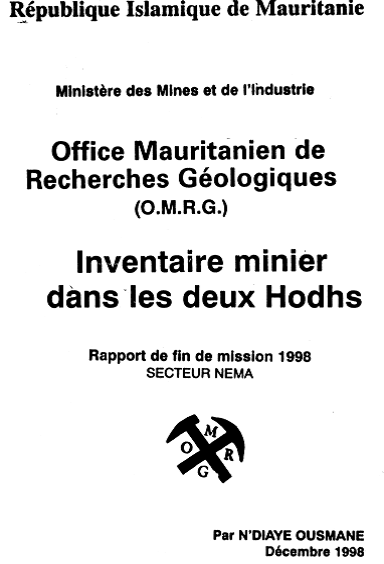 Passion for ornamental stones recorded during the first decade of this century urged OMRG to launch a campaign in 2003, resulting in the discovery of 7 marketable varieties of ornamental stones in the region of Tasiast - Tijirit . 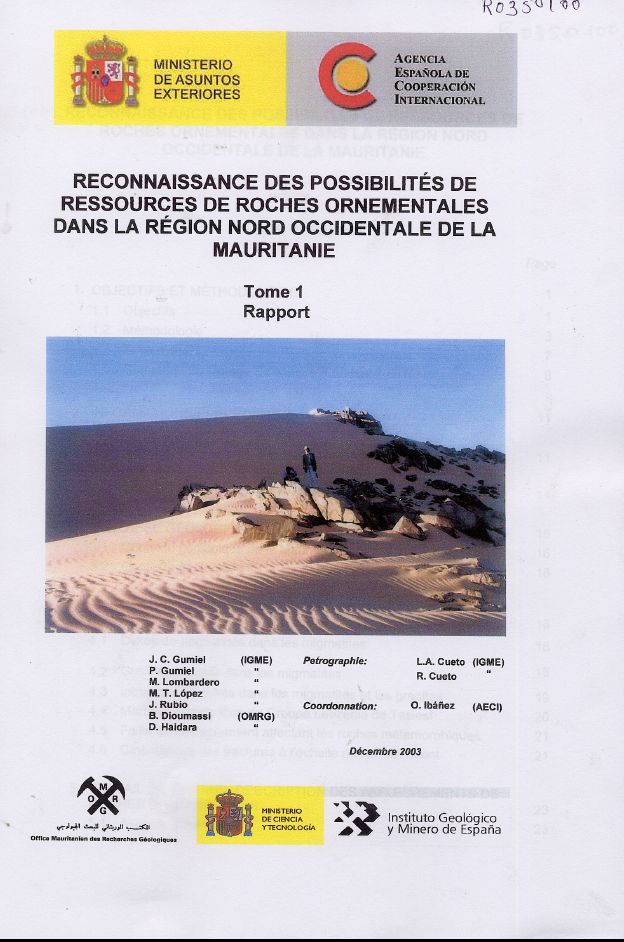 Documents produced provide a reliable database for an accurate projection of mining research in the country. 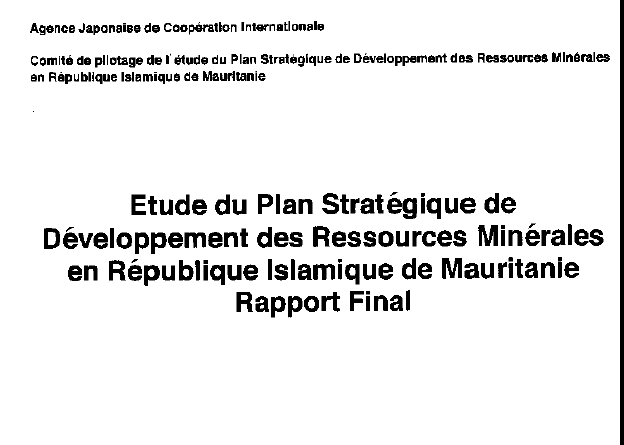 Conducted from 2006 to 2008, this project led to the discovery of significant clay reserves. The firing tests completed confirmed the good quality of this clay to produce bricks and ceramics. 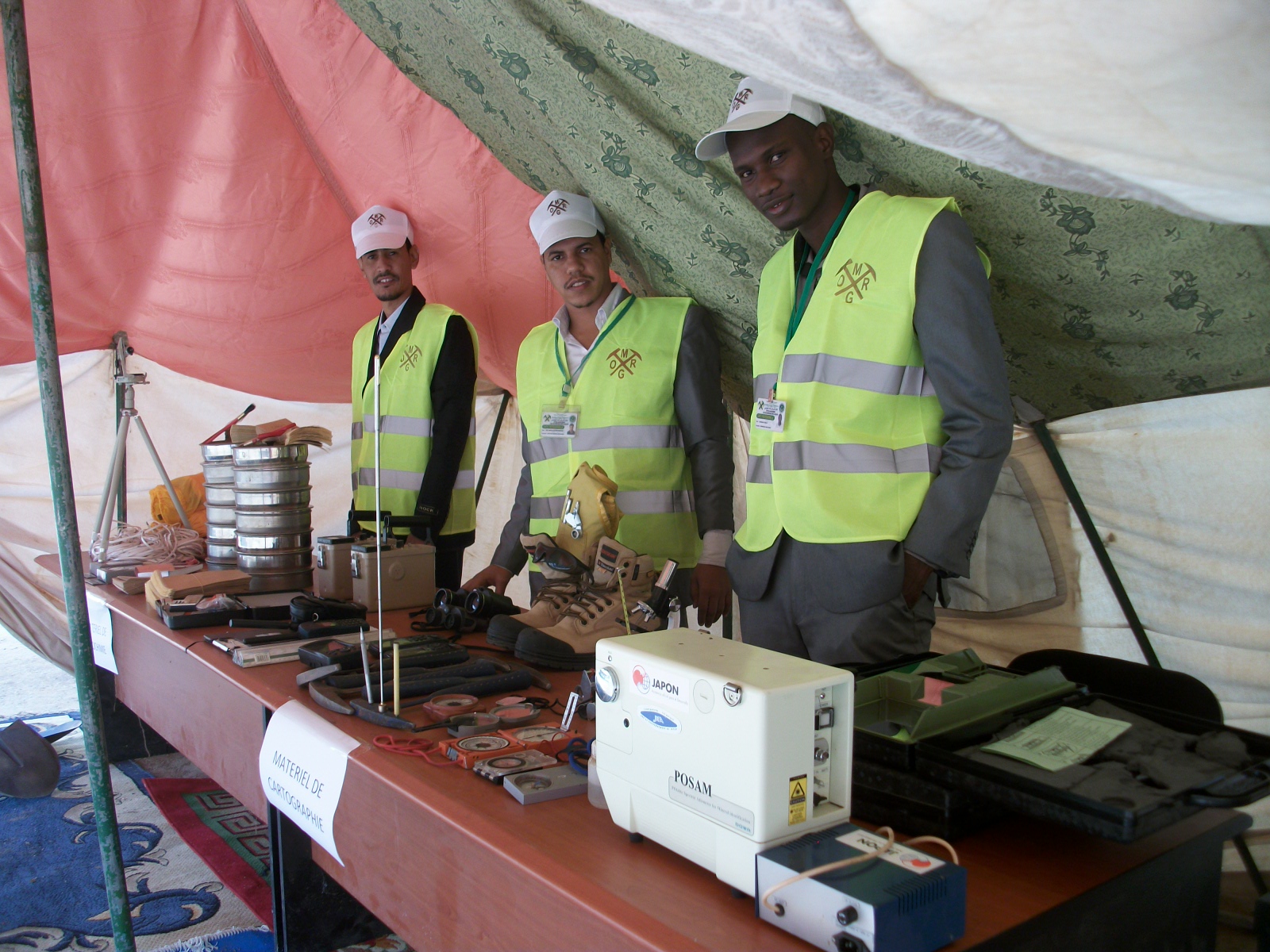 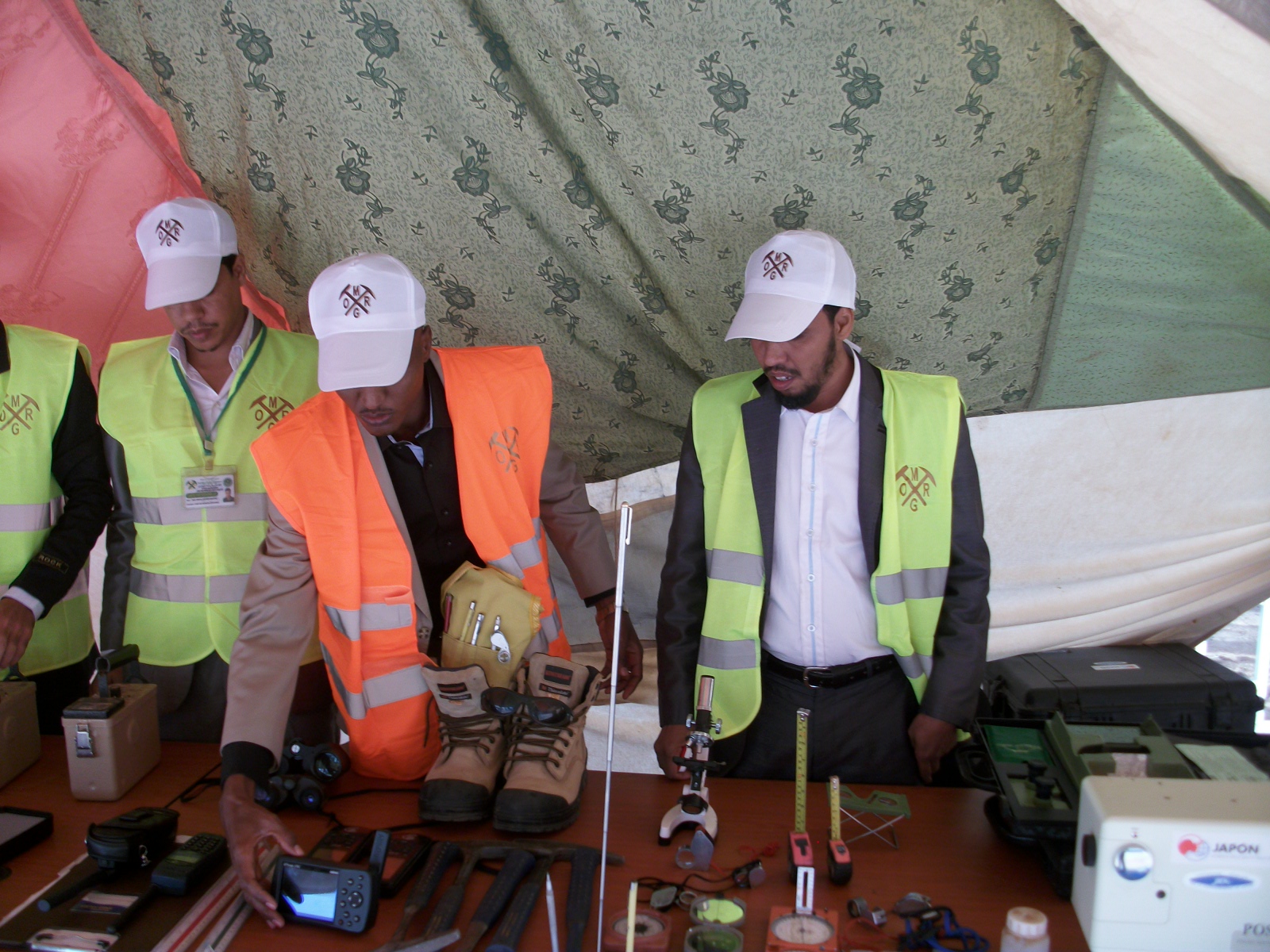 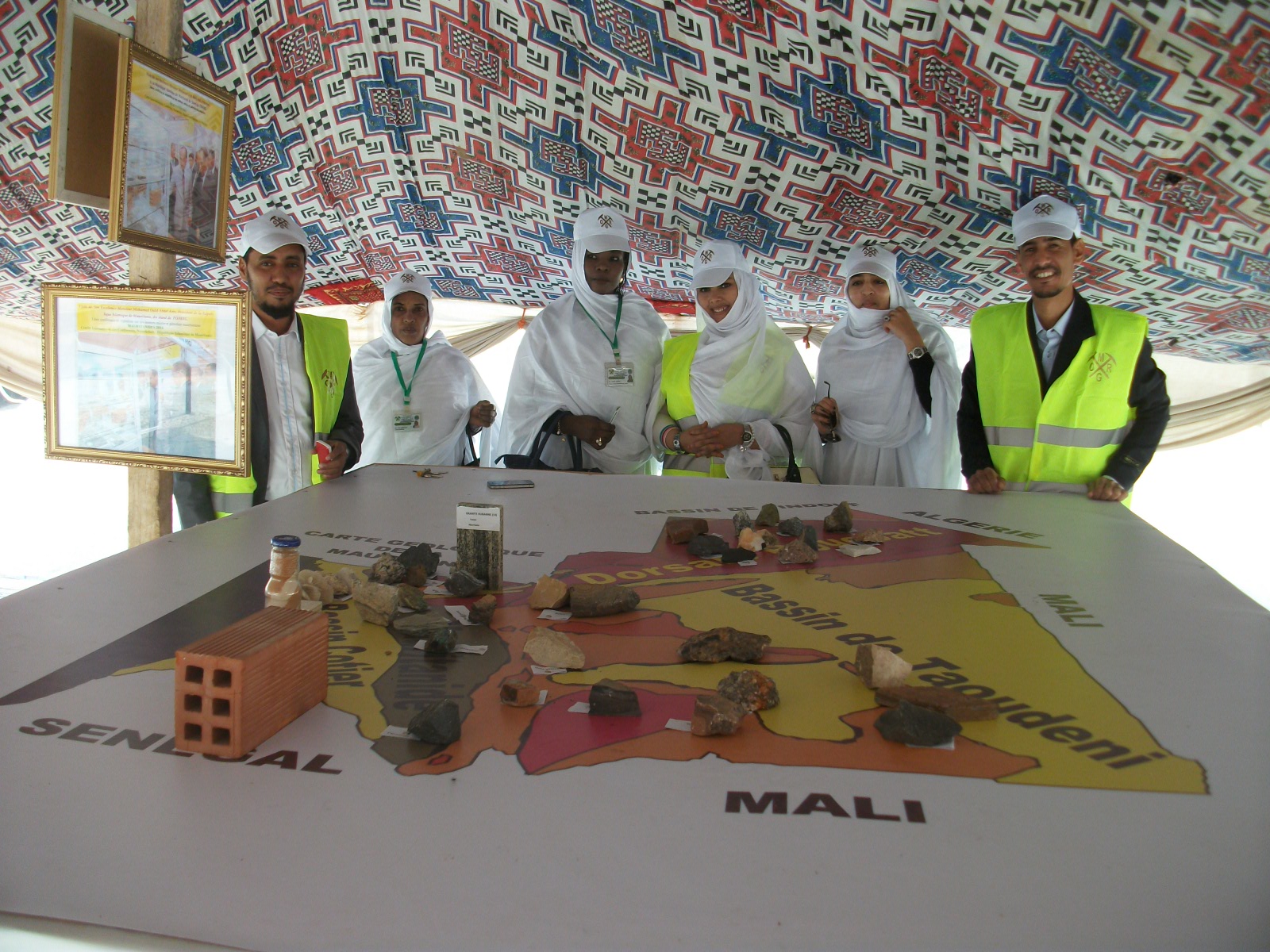 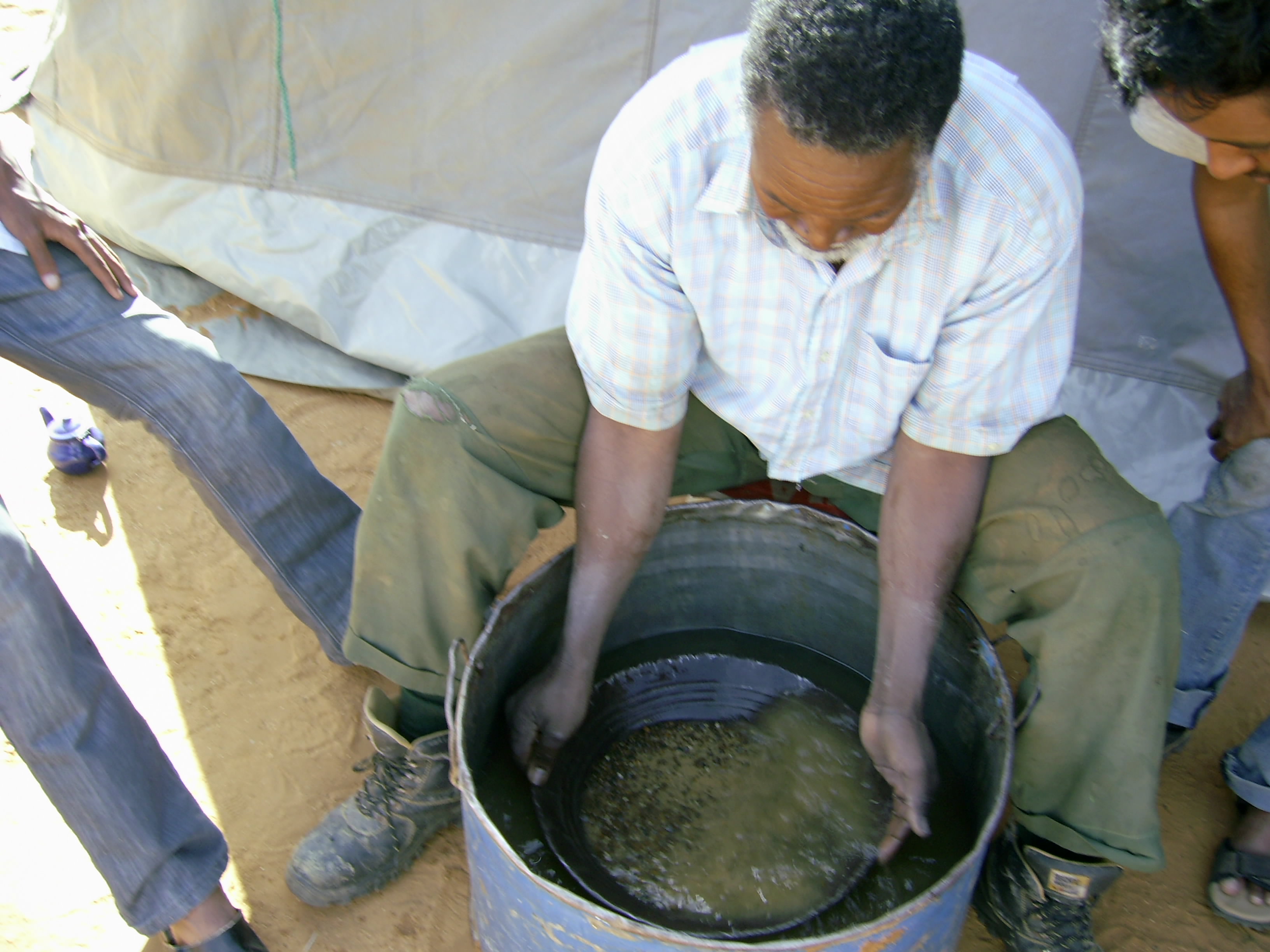 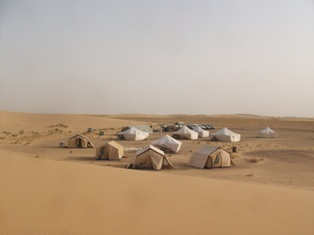 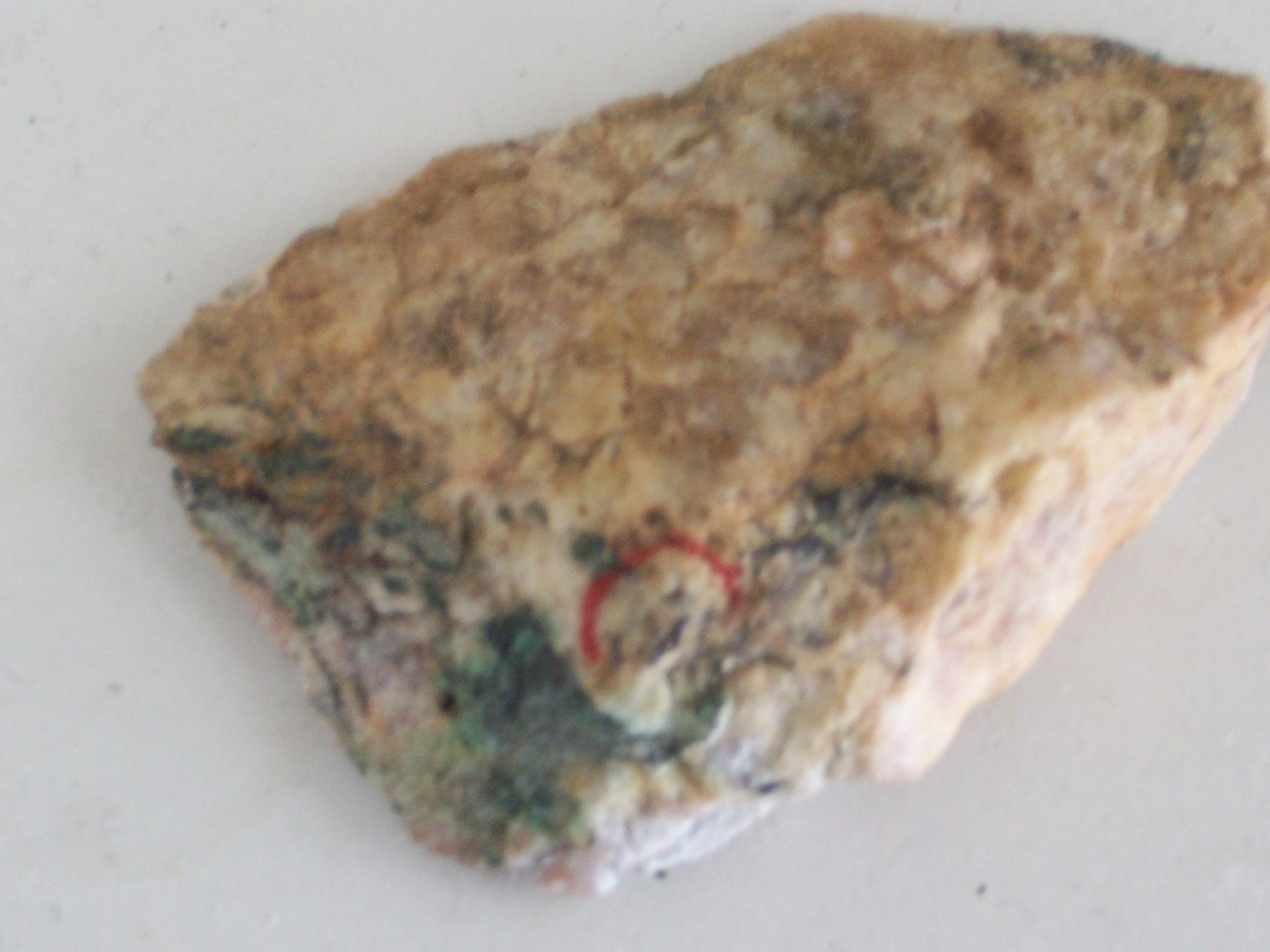 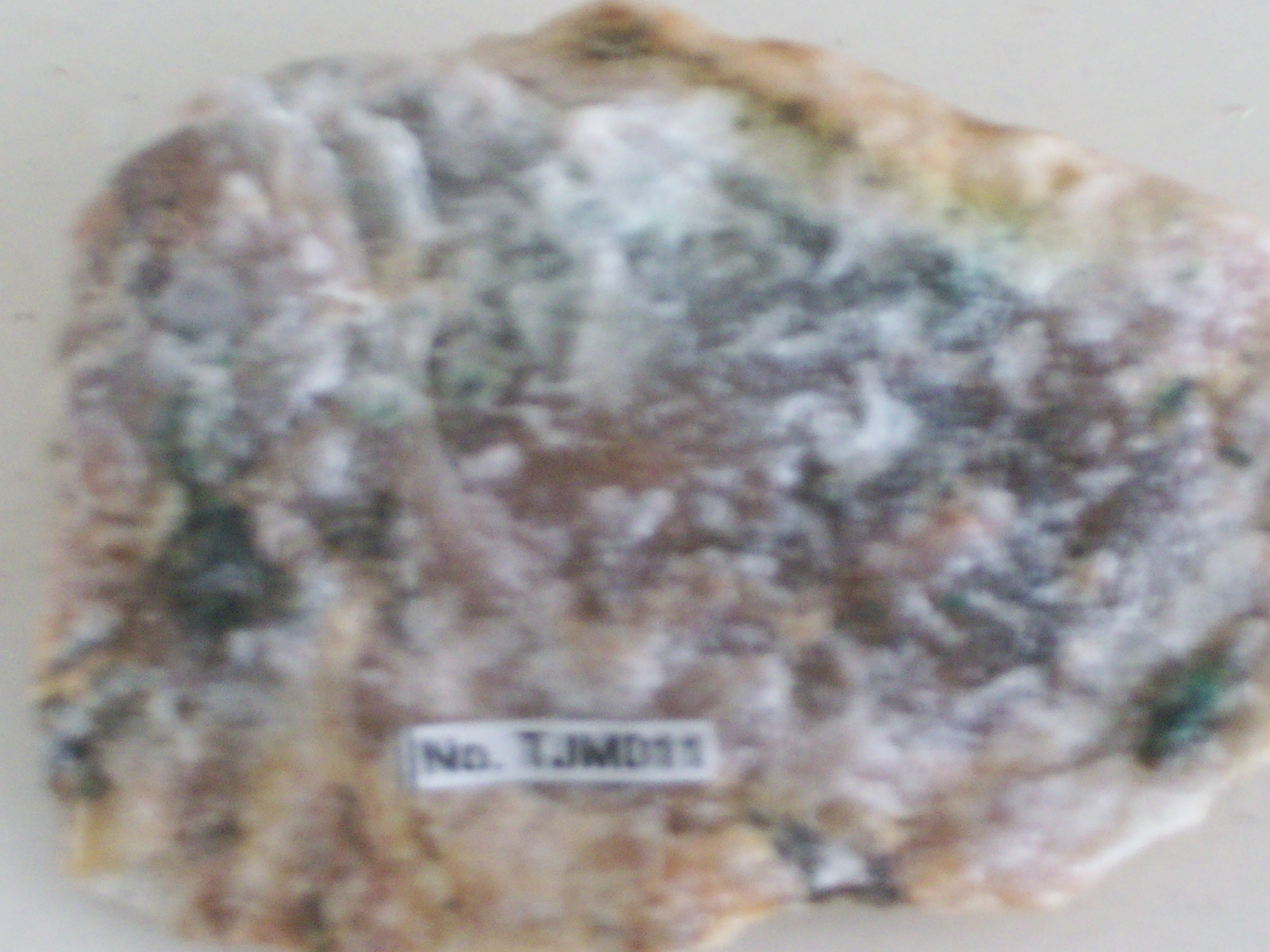 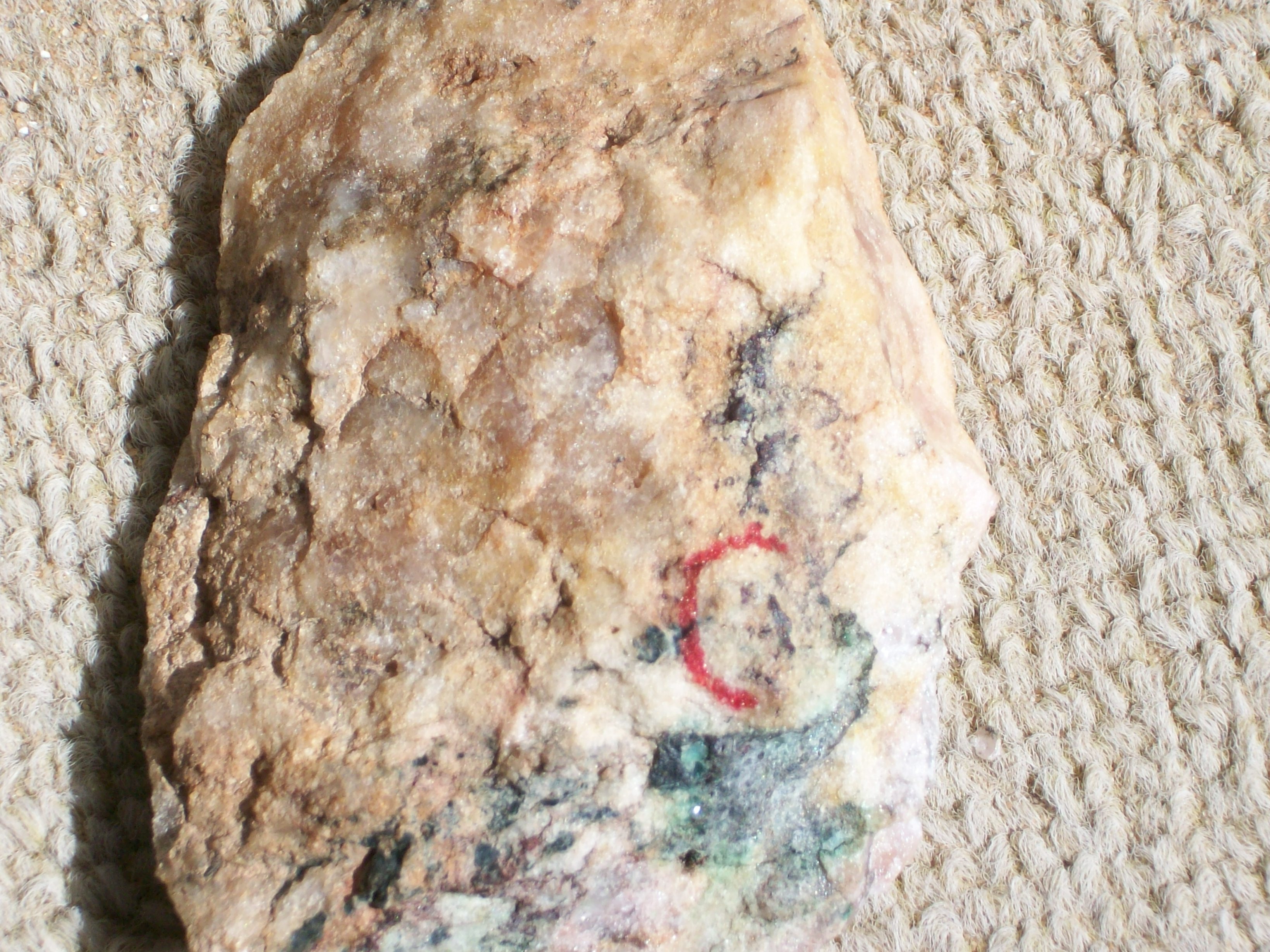 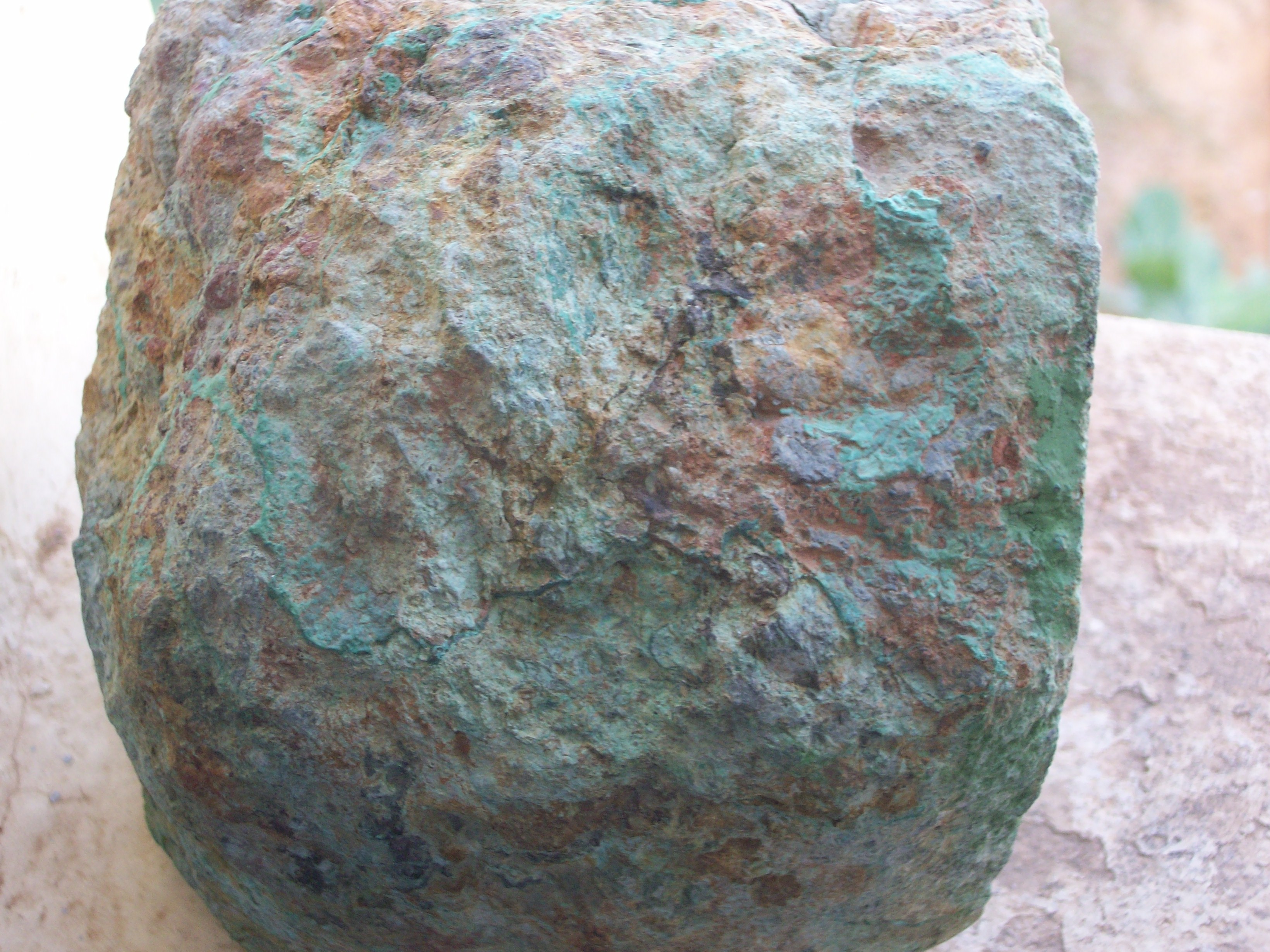 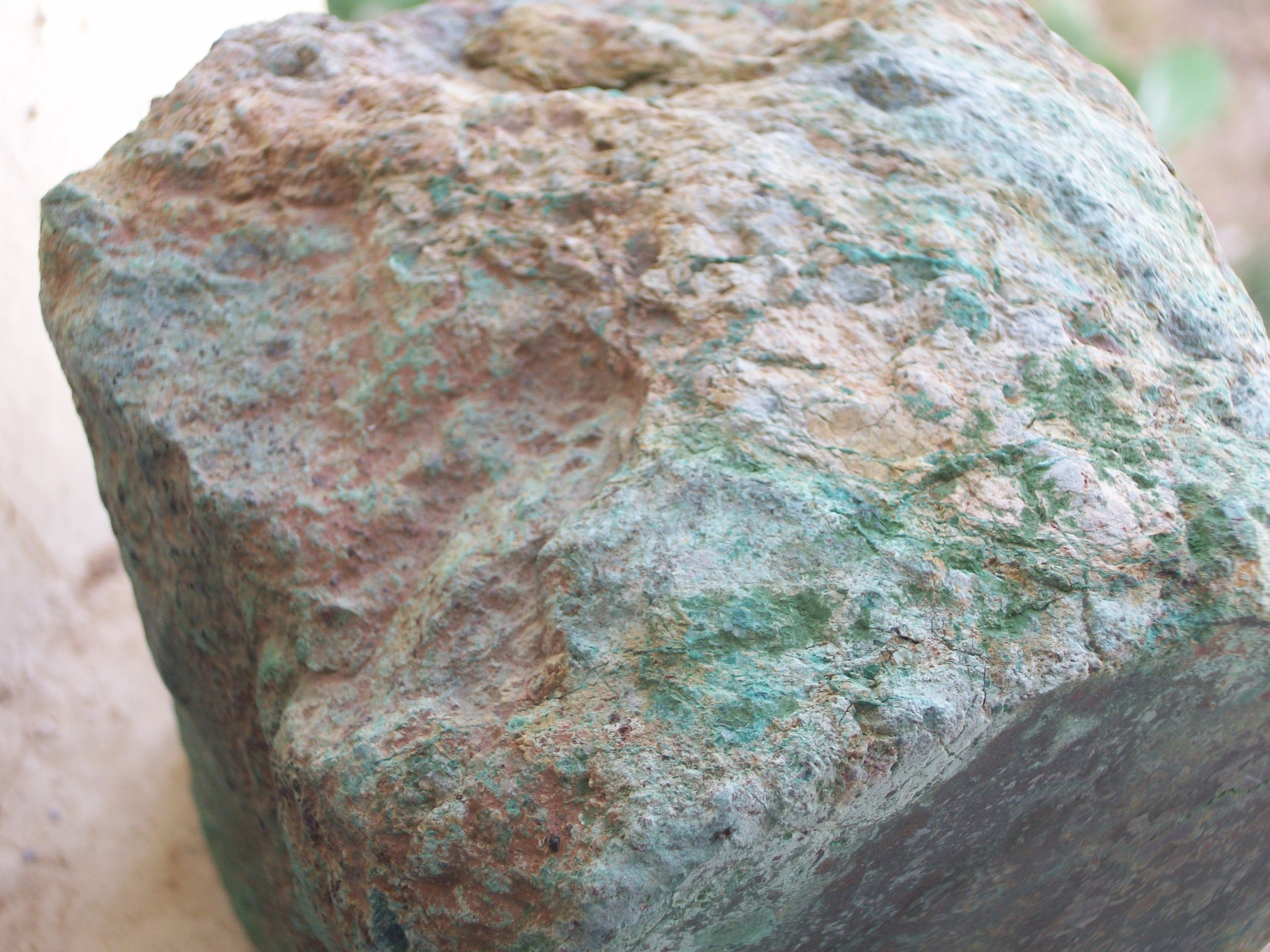 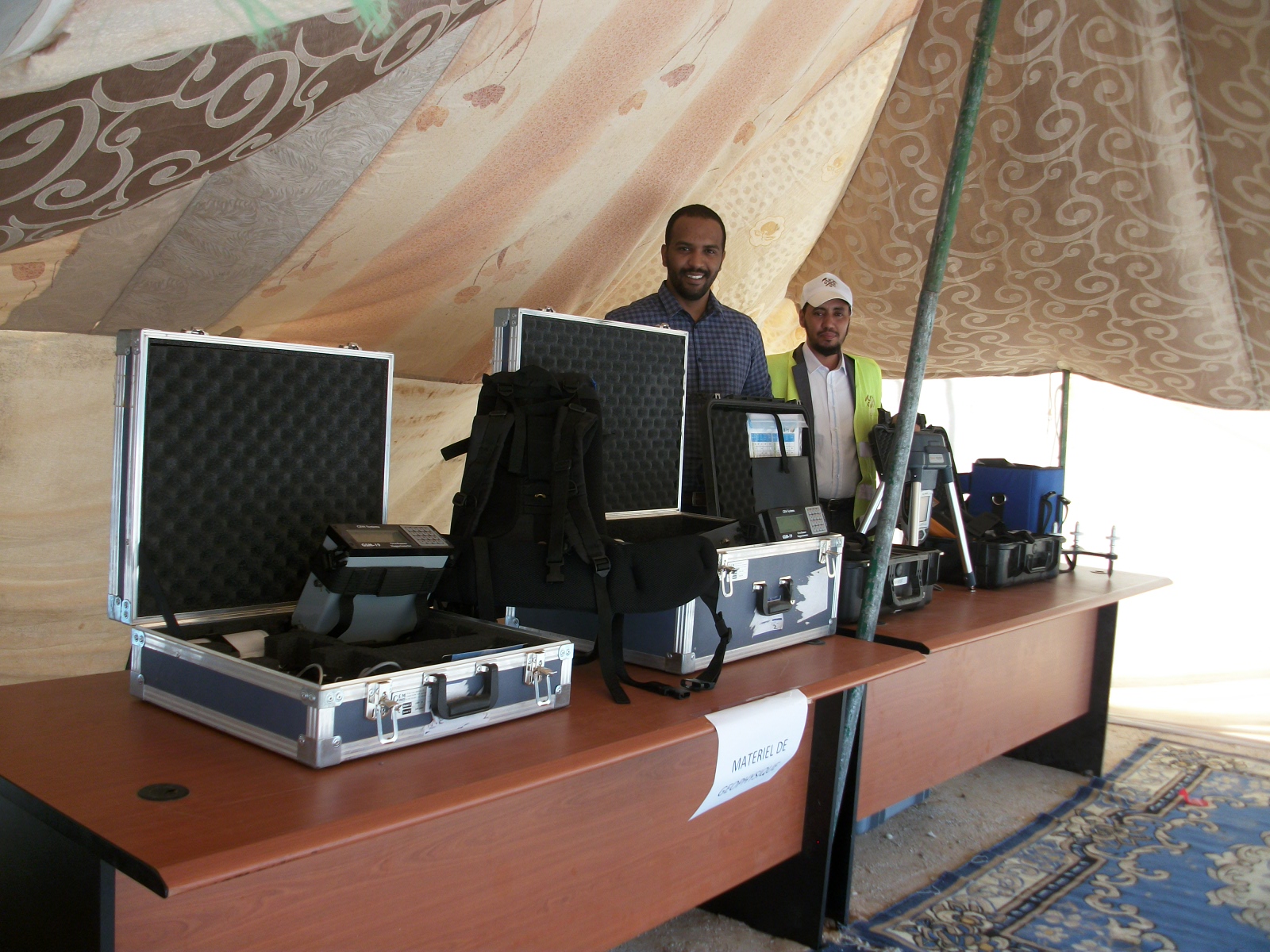 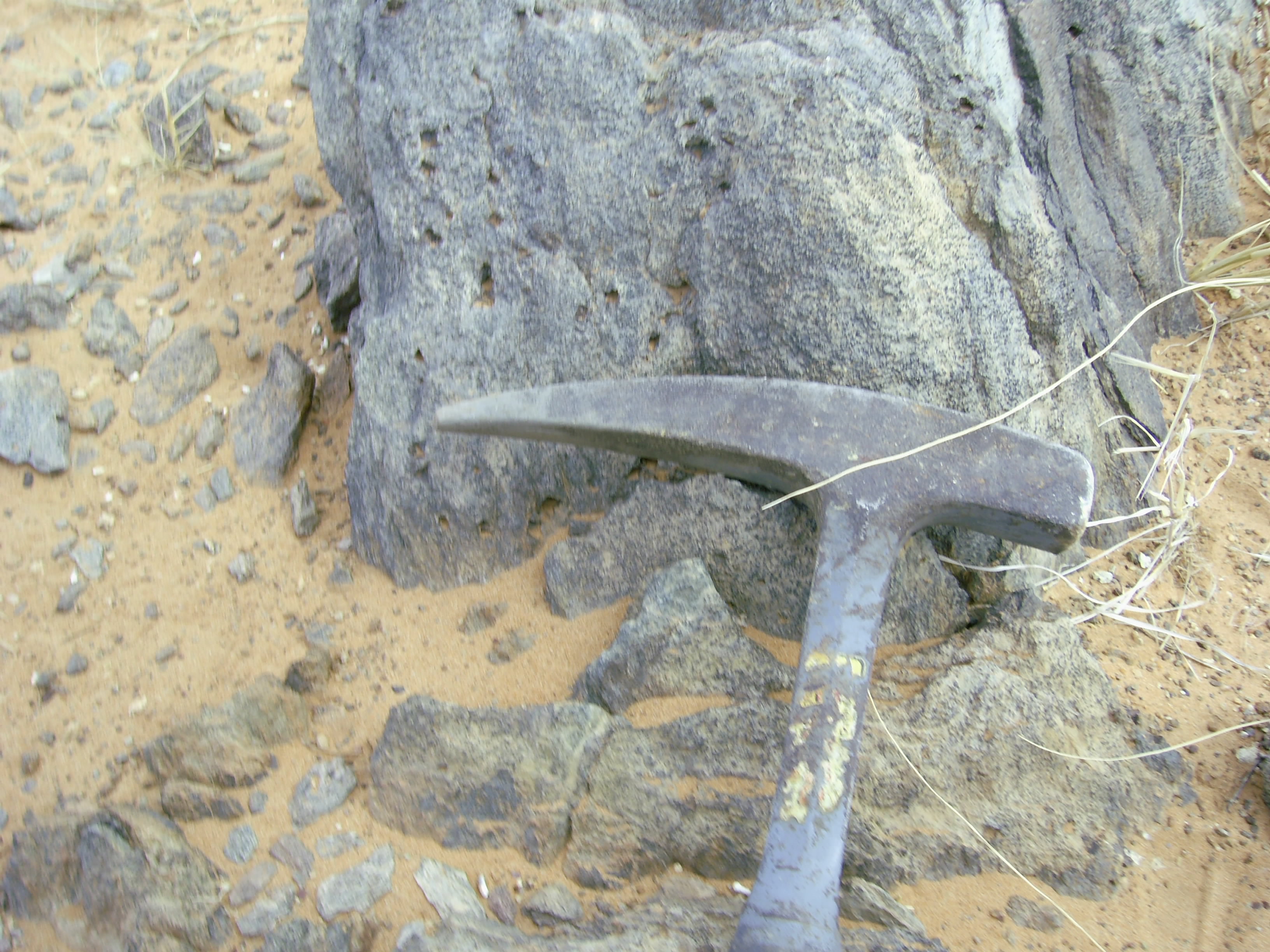 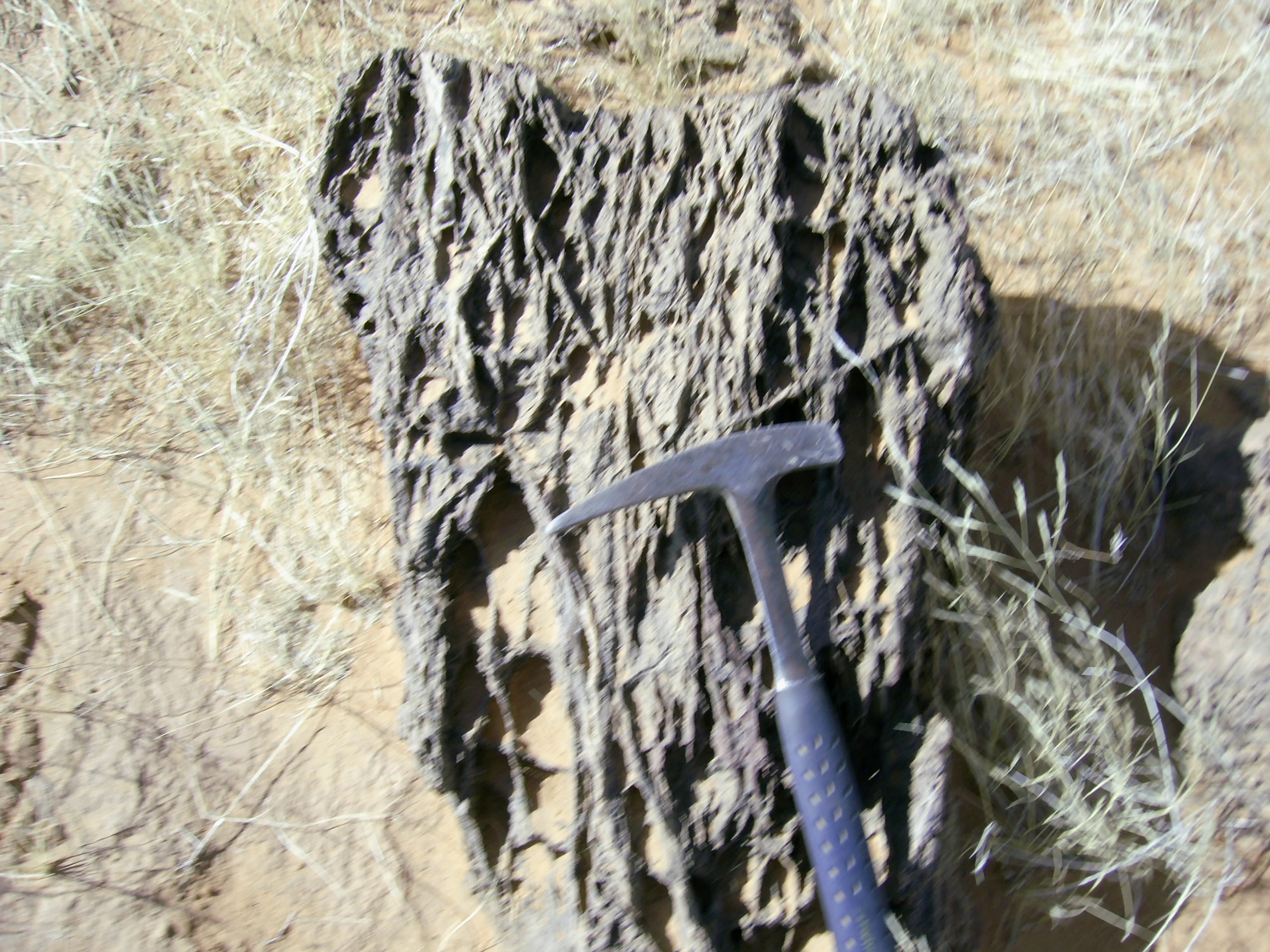